Two days in Florence and I’m already a different man. Can’t help but thinking… you know what? People actually want to enjoy themselves here compared to that nihilistic, self-sabotaged mindset you encounter in the UK. Aye, it does help grow the necessary, darker parts of the heart, but it seems not everyone’s so keen feeding themselves stories of life’s futility… certainly not here. On my way to the Piazza de la Signoria, I stumbled upon a meeting that was taking place in one of the more discrete bars around. And guess my absolutely unexpected delight at finding out what it was about and who was attending… 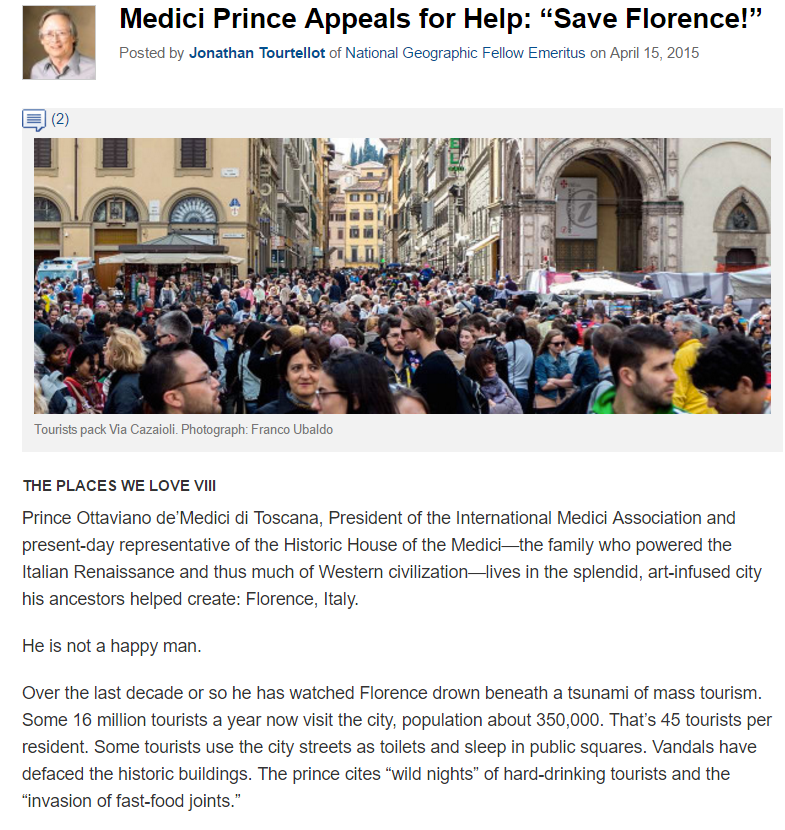 For those of you with a shorter cultural breath, the Medicis are almost synonymous with the city of Florence since the 15th century. One of the most powerful dynasties in world history and the main commissioners of artwork during the Renaissance period, helping artists like Michelangelo, Botticelli and Leonardo da Vinci produce work that would forever grace the reputation and aura of Firenze. Check this out for a better read about them.

I was mesmerized at the opportunity of seeing the last member of the Medici in flesh and bone, literally meters away. I didn’t stop there, though… After the meeting had finished and everyone started dipping into the bowls of Parmigiano tasters, I tried to look as casual as I could while approaching the Prince, even though my mind was an absolute boiling pot. He actually looks like a very simple guy, and boasts a smile that somehow managed to convince me his political aspirations are not the reason he’d put it on… 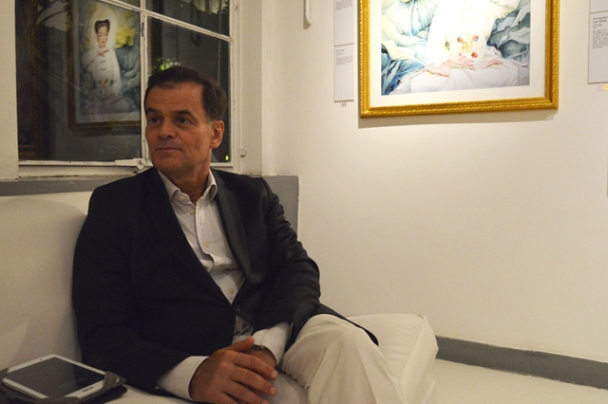 After a two hour-long conversation which started casually but gradually escalated with passion and excitement, I couldn’t actually believe what we’d just decided on…I now have an appointment at the Prince’s office tomorrow morning to discuss….founding a football club! No words can describe my feelings at the moment, it’s like a million puzzles fit in the right place all of a sudden.

The next day, the Prince told me he would love the idea of having a new football club in Florence, one that would represent the people and history of the city more than businessman Della Valle’s Fiorentina does. While the latter tried to bring it all together under one emblem, that is – commercial intent, the city’s tradition and the supporter’s hearts, it’s pretty obvious that the three of them are conflicting, since he’s only fussed about one thing only – profit. That, along with the Prince’s ambition and multiple other projects on re-unifying a sense of local integrity in Florence seemed more than enough to convince me he is fully behind this and that, overwhelmingly…. so am I!

Ok, down to business, we’ve decided we will name the club Associazione Calcistica Artium Firenze, as Artium is the latin word for artistry, or art as a craft, which is definitory of the identity of this place as well as the relationship of the Medici’s with it. Furthermore, we decided that the name won’t simply be a historical reference and that it will also influence the club philosophy. So, the key points of that application to the way we’ll run things in the club will be:

this is the club logo we have decided upon, after I’ve offered myself to design it:

The logo is actually very symbolic of the club’s meaning – it is based on the House of Medici coat of arms, which is still found encrypted on hundreds of buildings in Florence: 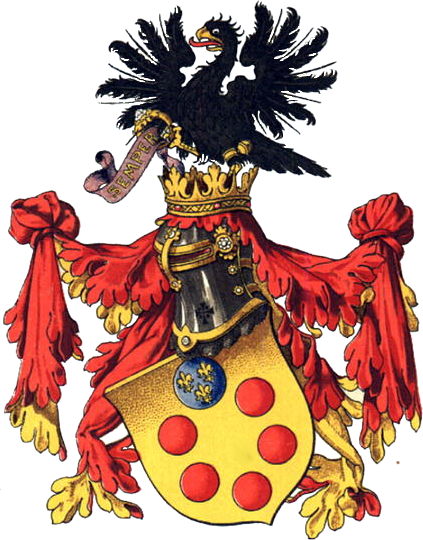 The mini-dome symbol represents the gorgeous Duomo, a city symbol by all means: 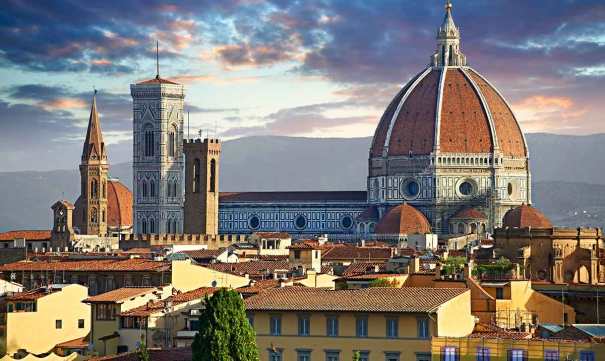 The Florentine Lilly had to be there too, of course, as well as the two olive branches, which signify the city’s Roman origins.

The Prince did, however give me an immediate task, which would serve to prove at least some of my competence in this project:  ‘Martin, tutto bello e bene, but if you can find me a sponsor in 24 hours, I’ll consider expanding your influence in this project and maybe we can even get you an office and a proper room, not that vergogna of motel you’re staying in now’

That’s all I needed to hear. TAAAXIII! on my way to talk to some of the most long-standing businesses that have a special connection to the city. After a couple of failed attempts due to my still very poor Italian, I’ve had a very productive chat with the (happily) English-speaking owner of  La Marzocco – one of the most innovative coffee machine producers in the world and a proud ambassador of the city’s heritage. She loved everything I had to say and immediately agreed to be the main sponsor of the team and we finished off the paperwork in an hour, which we then crowned with a superb, home-made espresso from the hands of the owner herself – ‘per il piu bello inizio!’ she said (for the most beautiful beginning), looking me directly in the eyes with gripping excitement. I left her office heart-warmed and charmed by her class and elegance, and burst my way into the Prince’s quarters with the papers held high in my hand….15 hours before the deadline he’d given me. He burst into laughter and reminded me no one actually takes deadlines that seriously around here…With all of that done, and with the help of a good friend of mine in England, Marc Bowen, who helped us out with the design aspects of the club, this is how our kits would look like 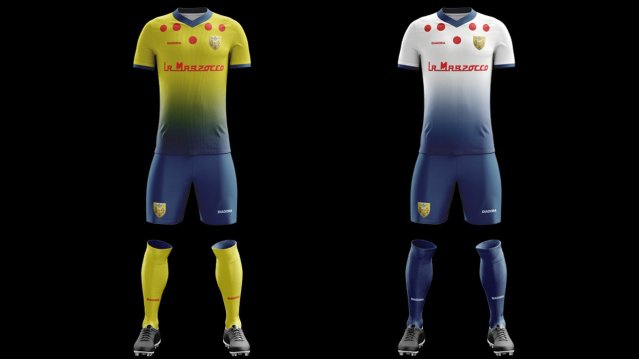 The Prince pulled some strings too and got ‘Diadora’ to sponsor our kits and sporting material production, which I couldn’t be happier with. All in all, it looks fantastic – the Medici Red Balls as a reminder of the House’s patronage and input into this team as well as the city’s standing and the colors that we hope will soon be in every supporter’s heart in this city… and beyond!

We managed to get a license to play in the Italian Promozione Toscana A, which is currently a division in the 6th tier of Italian Football. 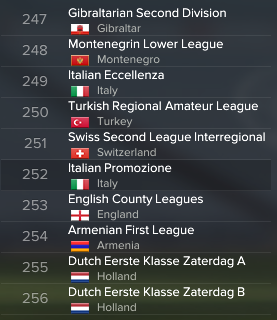 A long, long way from the top and yet an absolutely spectacular start for my football adventures, as just 4 days ago I was contemplating existential bollocks over a cold cod and chips in bloody Nottingham. Our home matches will be played at the Bruno Buozzi stadium, with 1500 standing/seating capacity, for which we will pay a nominal 2000 euros per year renting fee. 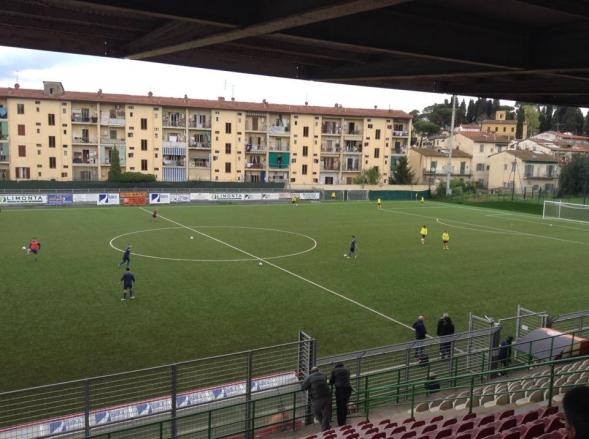 Since we have an ‘amateur’ status, I was assigned the task of roaming around Florence’s football academies and looking for U21 players willing to sign up to play for us on amateur contracts…. yes, that means no pay. After 2 weeks of intensive negotiations and running around the place, this is the squad I’ve managed to put together: 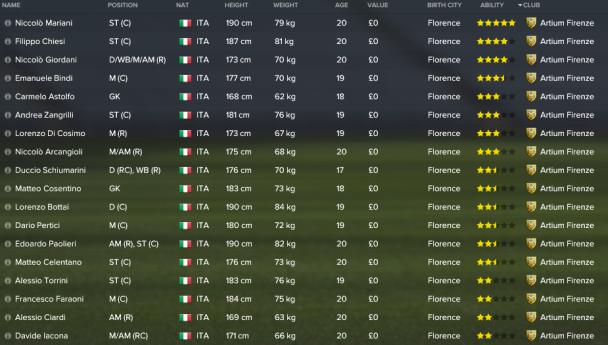 Pretty much all of them free agents, I was quite lucky to assemble a squad that, by the looks of it, seems pretty strong for the standards of our league. In fact, we’re predicted to finish 1st by the media! Woah… I didn’t expect this at all…

The big question was now of course… the manager… I’m still not very well connected in this line of work to know suitable local candidates or even consider inquiries, so I left the task entirely up to the Prince. And holy cow, was I not looking for something to hold on to when he rang me up and offered me the position! ME?? I haven’t got a clue, I don’t even play Football Manager! Well, that’s not what came out of my mouth though…. ‘Si, certo, comincio domani’ I replied so nonchalantly, I’m even scared to wonder why…

What the actual **** From tomorrow I will be the manager of a football club based in Florence that I helped co-found with a live member of the Medici’s! I knocked myself out with a couple of bottles of red wine, just to let that sink in properly and, well… literally 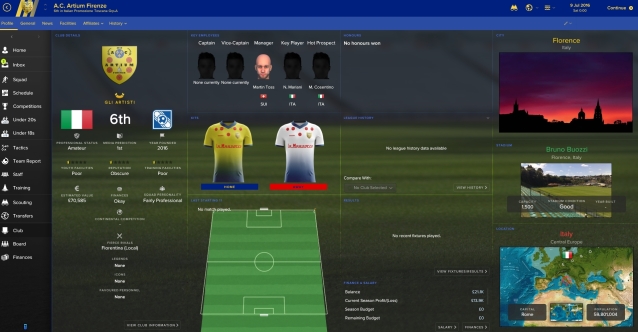 here we are, my first day at the job, and I’m taking a moment to savor this beautiful sight of the club’s overview screen 🙂 Here’s what my stats as a manager look like, having started with no qualifications or experience: 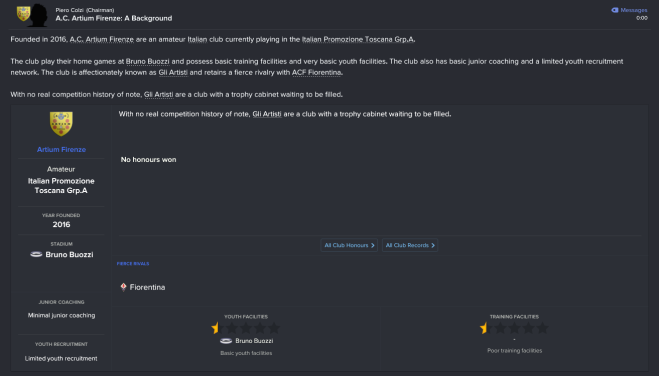 we are at the very bottom of everything – from facilities to staff(non-existent atm) and reputation, but all great stories start with a rise from the ashes, or more appropriately in this case – a true modern day Renaissance 🙂

Word got out pretty quickly, and there seems to be a real buzz around the city and, impressively… the whole country! I’ve got hundreds of e-mails inquiring about partnership and marketing opportunities as well as agents and all kinds of football enthusiasts. This is encouraging for our long term plans and I really hope I can repay Ottaviano’s faith with some decent performances on the pitch. Well then… let the real deal begin and ….Forza Artium!

One thought on “A Florentine Renaissance Deja-Vu: Part II – Ritornello”